As part of the refurbishment of Shire Hall in Gloucester, we were asked by Kier Construction and Gloucestershire County Council to design and build a bespoke fabric canopy to cover an outdoor eating area.

The biggest challenge was the eating area being built on top of the old police cells with a tunnel beneath connecting the police station to the former Gloucester prison next door! The canopy needed to be big enough to offer sufficient coverage but without requiring any large foundations that would compromise the tunnel underneath. Quite a challenge for tensile design, where beautiful, elegant structures can often be hiding some large foundations!

We proposed a bespoke double version of our Coro which was designed originally for the scenario where the foundations had to be kept as small as possible. In fact, this design worked so well that we were able to utilise an existing foundation slab and no extra footings were required at all!

At 16m x 8m the canopy is a good size and gives the ‘sail look’ that the Council were striving for and is a nod to Gloucester’s famous docks and maritime heritage.

The key to the design is the frame beneath the sails that contains the loadings from the fabric. The overturning moments are reduced almost to zero and the whole design is portalised so base reaction loadings are kept to a minimum. 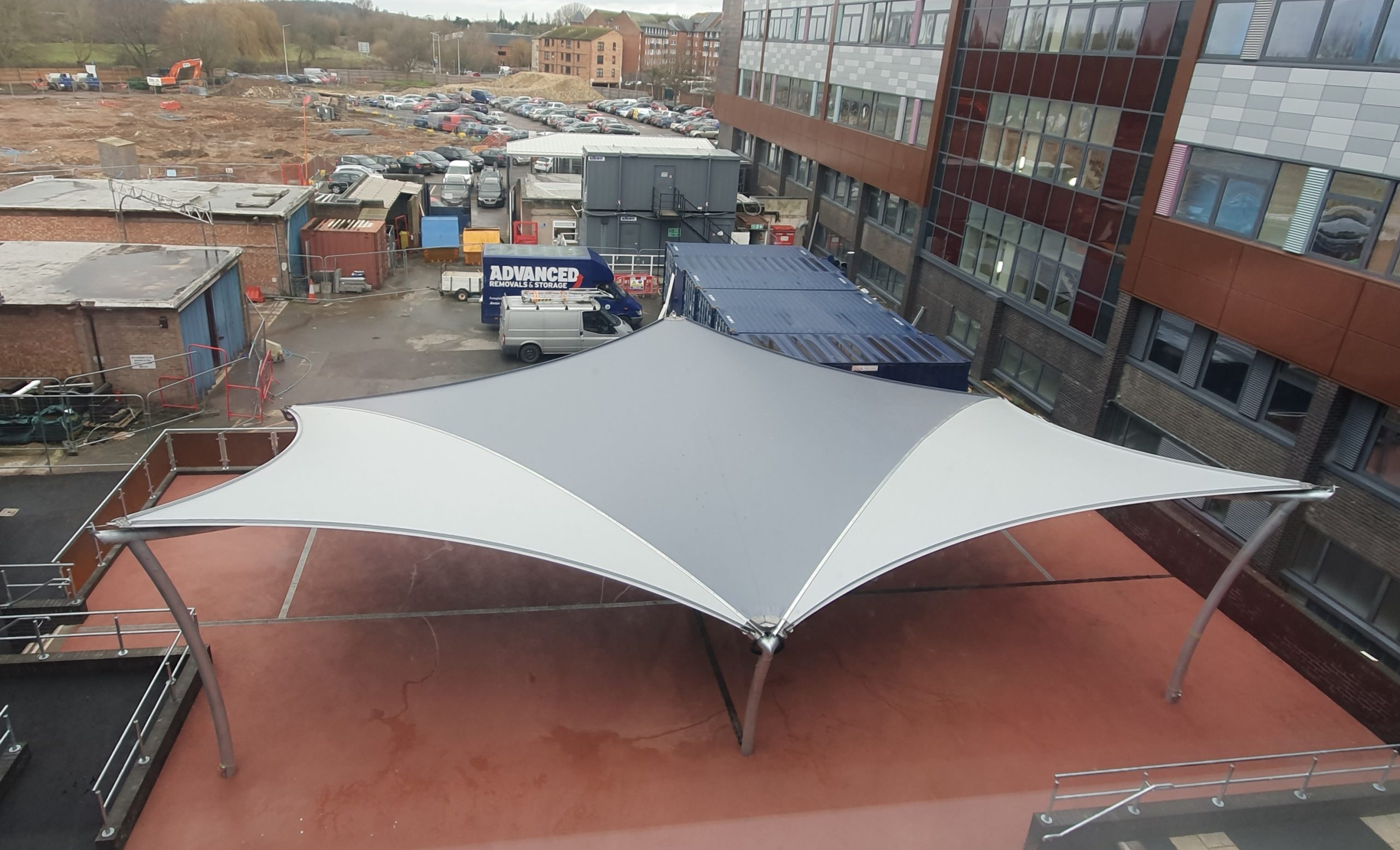